What should Steve and Blue be to get up to the top of the sky?

The Anything Box (Broadcast/Credit Order)
Superfriends (Production Order)
Adventure is the 4th episode of Blue's Clues from Season 4.

Steve and Blue use their imaginations as they go on a quest to rescue King Horace captured by Periwinkle the Kitten Castle Keeper. 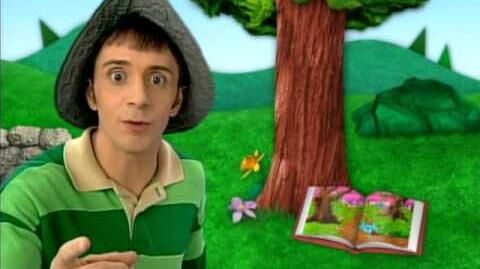 Frame is now a horse

Frame is now a jester