Where can we go to play Blue's game?

Friends
A Ball
A Slide

Joe has invented a brand new game called Presto Change Joe, and his idea is catching on with the other characters. We have fun in taking part in new games, doing things like playing pretend and imitating behaviors. A game of Periwinkle's provides an opportunity for memorization. We also join in a game of Felt Friends in a Skidoo segment and act out based on things that are lying around her room. The question is what is Blue's new game that she invented? 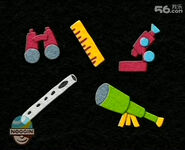 3 Clues From A Brand New Game 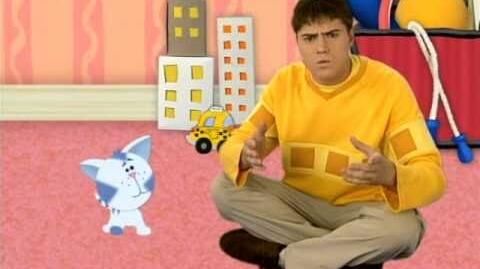