In this episode, Blue and Josh were counting the numbers everywhere in the house.

Josh look all this 26 stamps 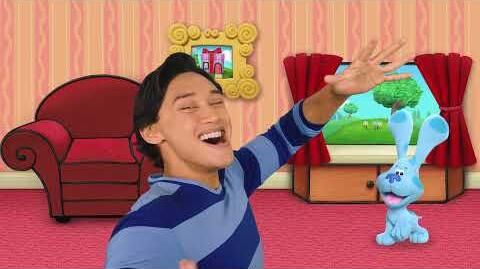