What kind of marioneta should we make?

A Pad of Paper
A Smock
A Paintbrush

Steve and Blue brush up on some Spanish when Plum visits with Periwinkle.

Periwinkle has missed his friend from the city, Plum, for a long time, but now he has finally come over to visit. Plum is a small purple bird who knows how to speak both Spanish and English. Steve and Blue learn how to speak Spanish words and also help out our friends. They learn Spanish as we help Periwinkle and Plum to create a marioneta, a type of puppet. Steve and Blue also skidoo into a puppet book, where they find a puppet named Pedro, who needs their help in finding things to wear, so they use both Spanish and logic to figure out the right things that he needs.

Steve and Blue Inside the Puppet Book. 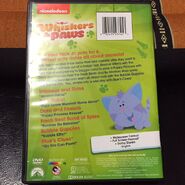 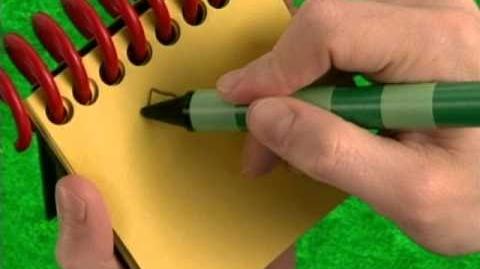